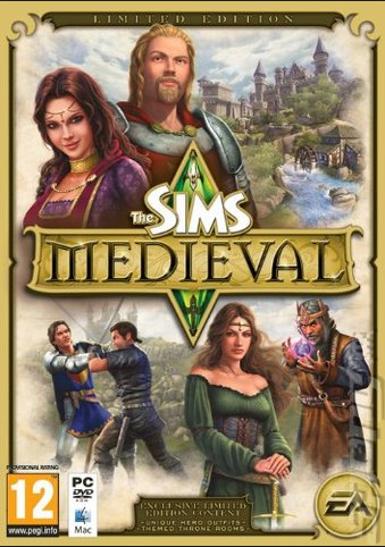 Everything in The Sims Medieval is crafted to create an immersive medieval world, from the quest-based gameplay, to the medieval objects such as swords and stocks and thrones, right down to the warm look of the characters, and the painterly approach to the world itself. Players can choose to customize every new Hero that comes to the kingdom, including selecting their traits and their fatal flaw. Players get close to their characters, not only sending them on epic quests, but also making sure they carry out their daily responsibilities such as healing the sick, trading for exotic goods, or forging armor. From having a baby to competing in a royal tournament, what happens to their Sims is up to the player. The time of romance and chivalry is back with The Sims Medieval.